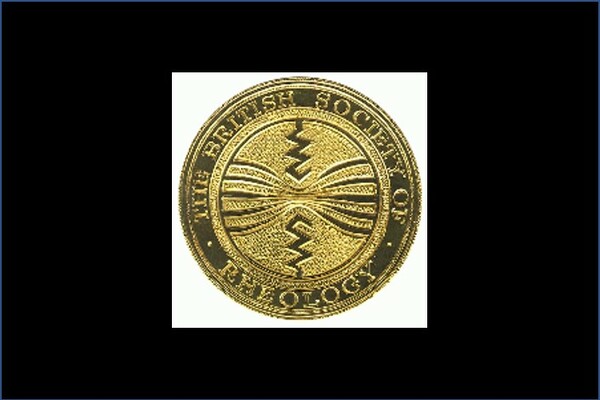 The BSR Gold Medal is intended to recognise an outstanding and sustained contribution to rheology of a single individual.
Grants and Awards Award nominations Gold Medal

The BSR Gold Medal is intended to recognise an outstanding and sustained contribution to rheology of a single individual.

The nominated candidate must fulfil the following criteria:

The individual need not be a member of the BSR at the time of nomination.

No-one may receive the award more than once.

Current serving members of BSR Council are excluded, barring exceptional cases where a very long-serving member of Council may otherwise be permanently ineligible.

A nomination should be made by a member of the British Society of Rheology in good standing.

Nominations (up to two sides of A4 plus up to 10 key references) should detail how the candidate fulfils the nomination criteria outlined above, and must include:

A full CV for the candidate is not necessary; it should be possible for the nominating person to proceed without help from the nominee. Inclusion of all information within a single PDF file would be appreciated.

Nominations can be made at any time and should be uploaded using the form below. The final decision is taken by the Council of the British Society of Rheology by vote and a Medallist must receive votes of at least 75% of Council.